The morning started with Zubin waking first and Scott and I rising for our morning cuppa’s.

The children ventured out later after spending some time in the tent; playing Lego together, Elki reading (finishing the third book of the second R.A Salvatore trilogy he has recently been reading), and Anusha drawing.

After breakfast Scott and Anusha picked blackberries for making jam; I began some sewing that needed completing,

and then Elki and Anusha played a fantasy card game; Magic, The Gathering. 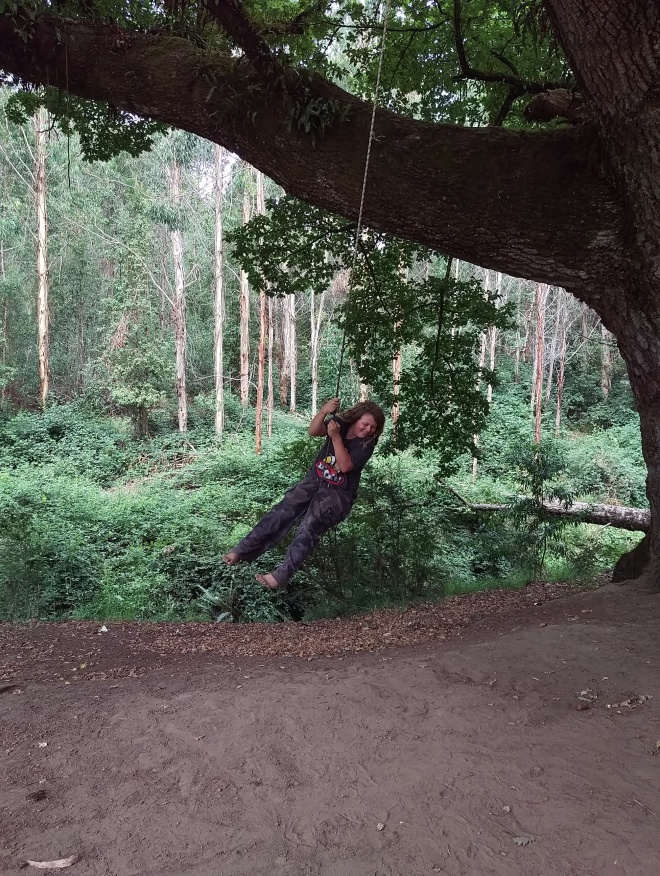 Whilst Scott started to prepare lunch the children walked down to the rope swing. 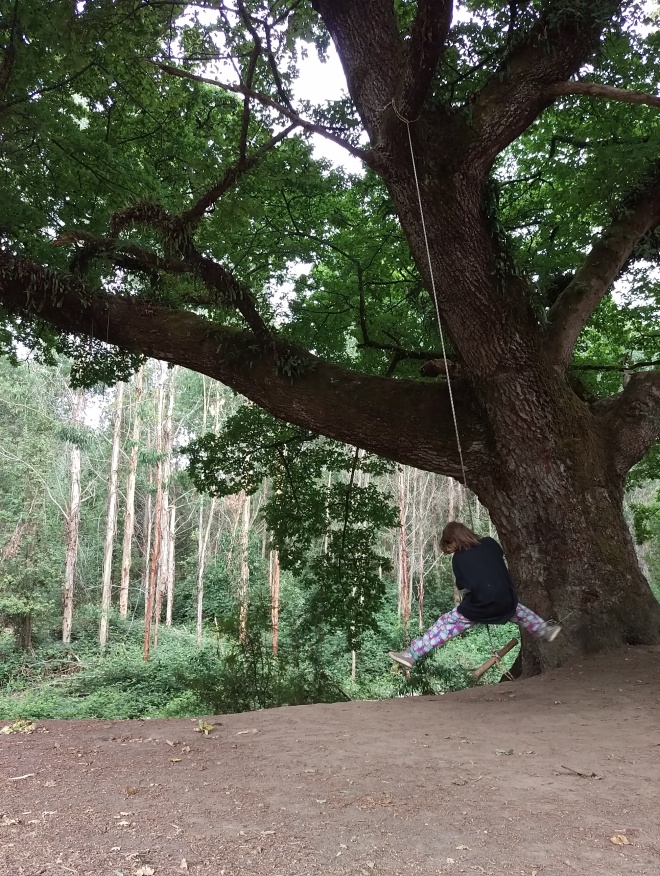 I followed after a while spending time watching their tricks and giving some big pushes. 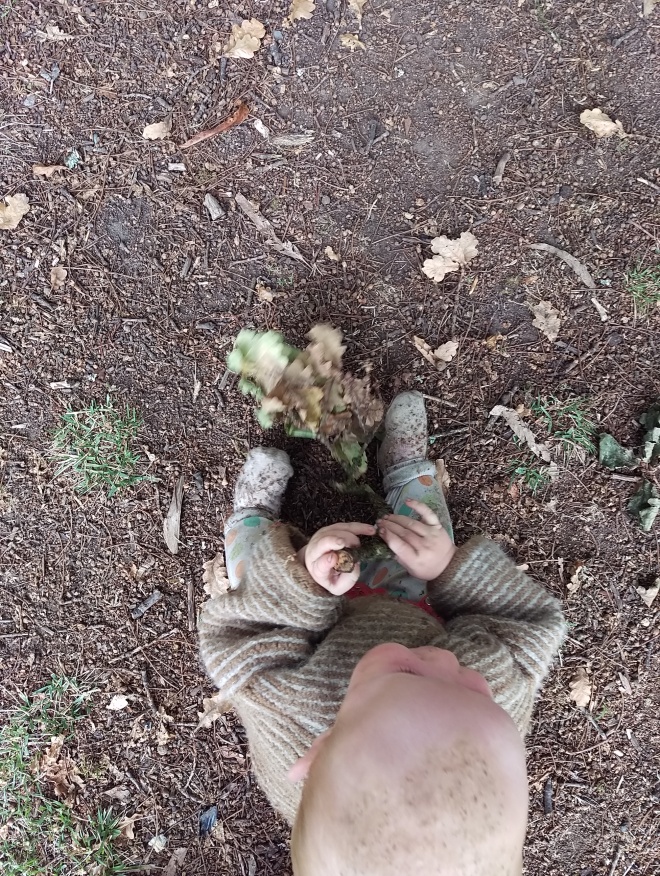 Zubin explored, played, and watched his brother and sister.

Often we spend time observing the local birds; I captured this sweet fella and Zubin and I watched a little tribe of Superb Fairy Wrens flitting around looking for food.

Scott lit the campfire; Elki taking some time to read by the warmth, 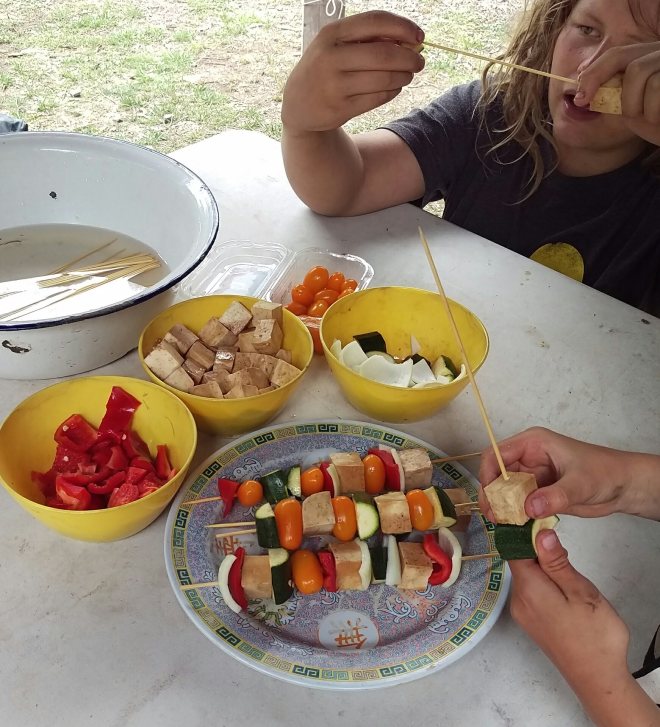 And then we all helped make tofu and vegetable kebabs,

Which were cooked on the fire BBQ for lunch. 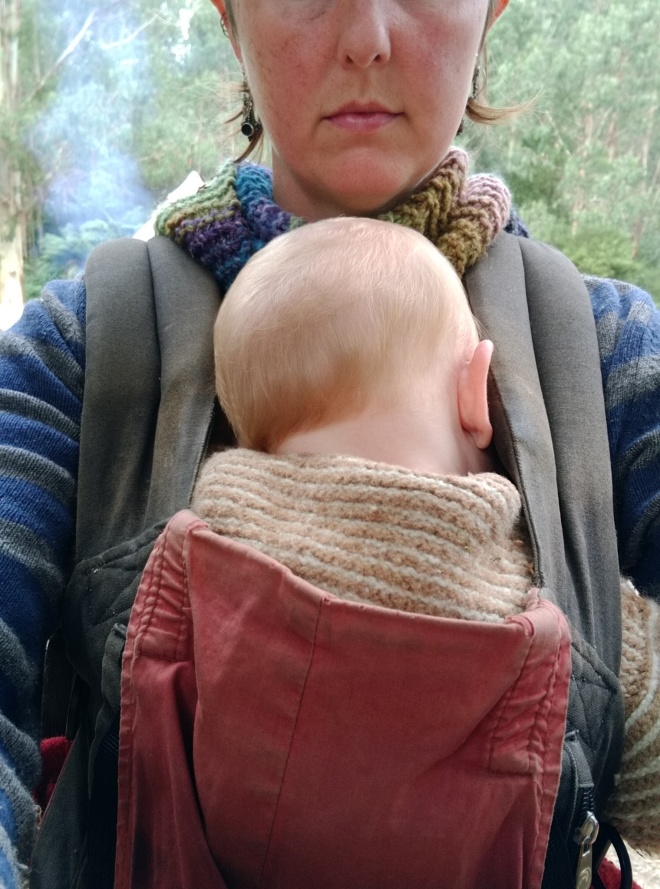 Following lunch Zubin had his second nap for the day, snuggled close to me,

And upon waking chewed on an apple Scott picked from an apple tree, whilst watching his Dadda cut firewood.

The children spent some down time playing games in the tent, 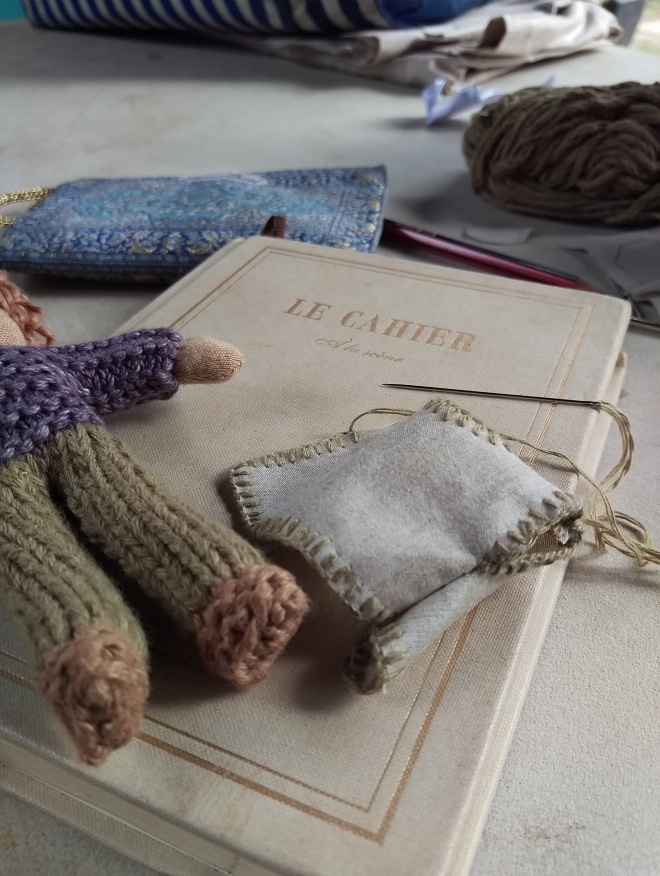 And I finished my sewing.

While Scott and Anusha made pancakes for dinner, Elki drew,

And then the children washed dishes and we tried the fresh blackberry jam on our pancakes.

The children headed into the tent, Anusha drawing some more, and I followed shortly behind with Zubin.

And the evening drew to a close in the usual way; with bedtime stories from me and then Scott. 😴

Of course our days at camp vary; a card game could be a family board game or an outside game, swinging could be playing in a playground or an imaginary adventure, drawing could be writing about something important to the children, starting a story, creating something with their hands, or looking up something they want to find out more about, down time on their phone and tablet could be checking their instagram account or skyping a friend.

There is contstants though; we are always cooking together, the work of upkeeping our camp is shared, play, play, play, reading together and on our own, caring for our beautiful baby together, Lego usually appears at some point, as does drawing, lots and lots of conversation, laughter, time when no conversation is needed, usually some silliness and loudness, loads of cuddles, kissing the baby a thousand times, working through disagreements and problems, and spending a lot of our day in and with our natural surroundings.