As part of Elki’s Botany block we recently made herbal throat balls together. He was interested in the medicinal uses of plants and really enjoyed the process of making the throat balls from raw ingredients.
We used a book that I had from when I was studying herbal medicine; Herbal Manufacturing – How to make Medicines from Plants, by Jenny Adams and Eleanor Tan. It is a really useful and simple book for making herbal medicines at home. 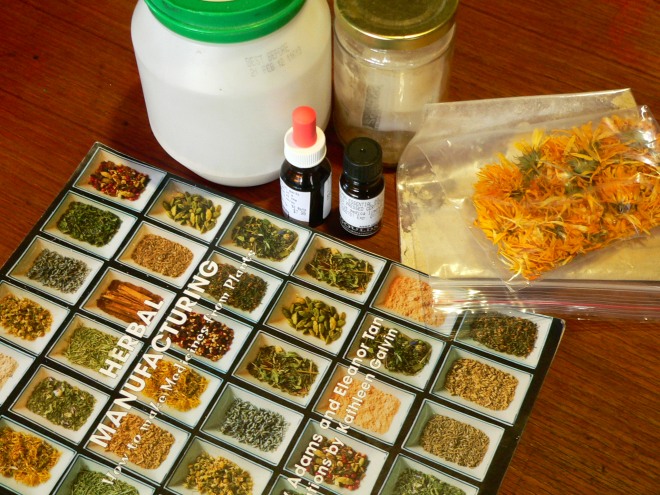 I had some of the ingredients at home, the rest I bought from a herbal pharmacy in Hobart called Gould’s Naturopathica. Instead of Calendula powder we bought the dried flowers and ground them into a powder, first using our processor and then in a mortar and pestle. We also used a liquid Echinacea tincture, which was a mix of Echinacea angustifolia and purpurea, using the same amount (1 tsp). 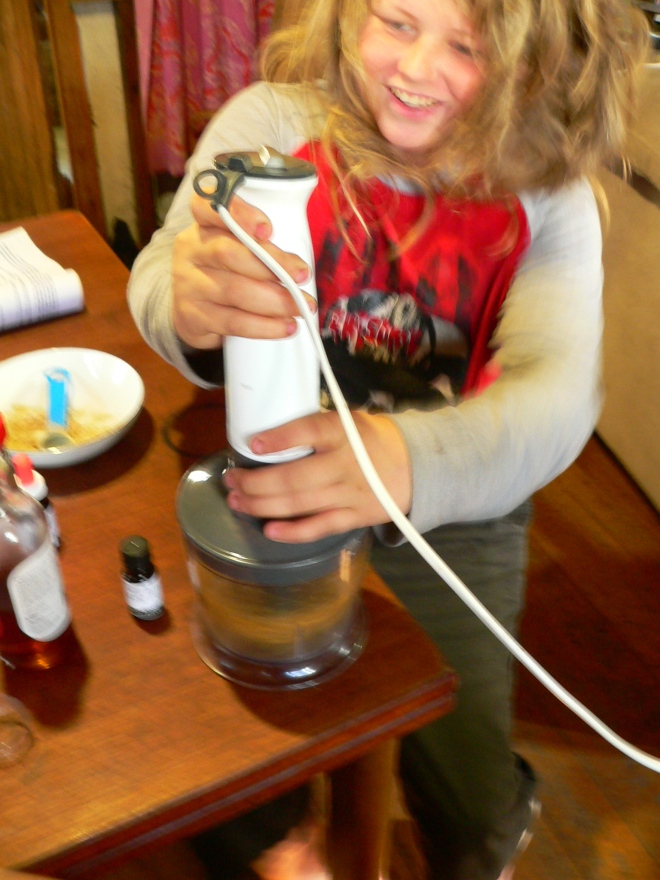 I got Elki to do as much of the preparation as possible, Anusha was also very interested and eager to help. Together we first put the powdered herbs (and Echinacea) into a bowl and wet them with enough water and Agave to make a sticky paste. 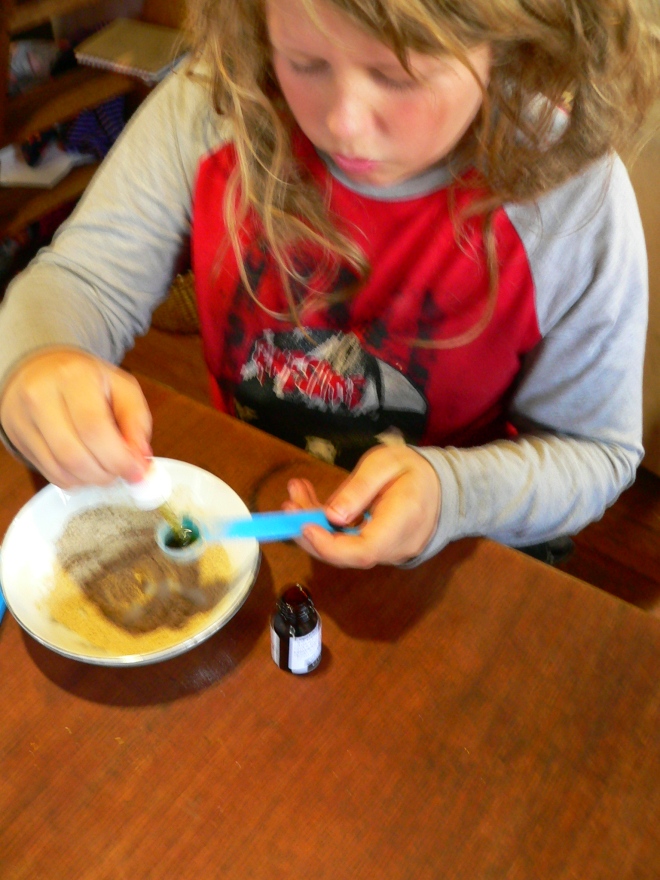 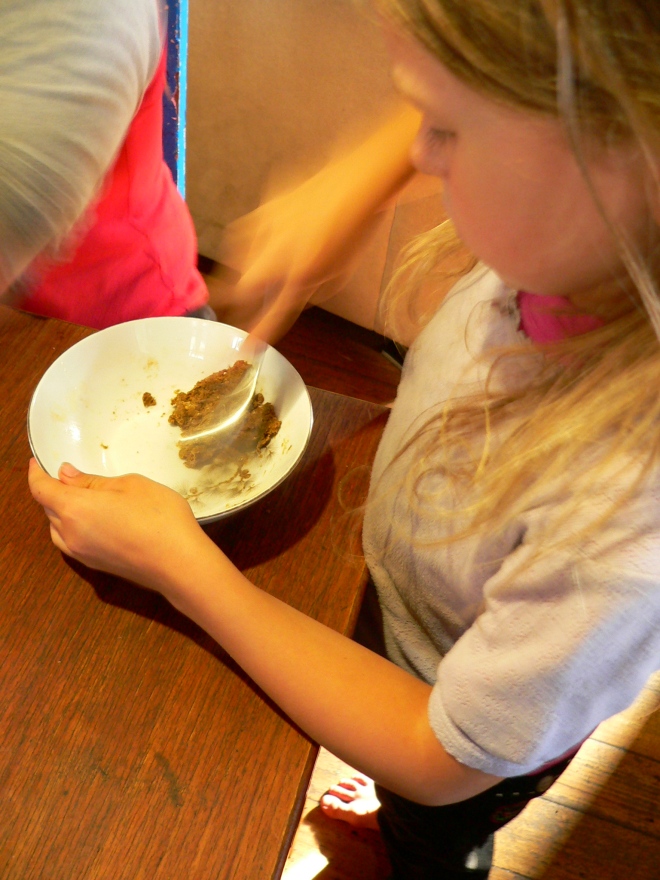 Next we added enough slippery elm powder to form a smooth paste, this ended up being a fair bit more than 1 tsp. The children kneaded the mixture until it had the consistency of bread dough, occasionally adding more slippery elm until it was not too sticky. 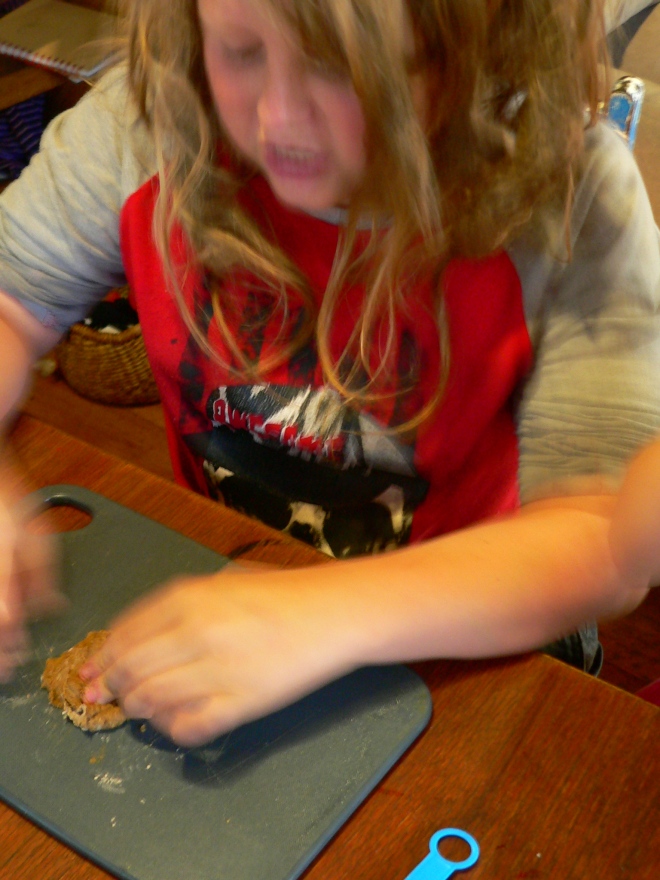 Elki got into the kneading experience!
We then sat down together and rolled smalls amounts (about the size of large tablets) of the dough into balls, coating them in slippery elm powder. In the recipe it says to place the balls on a baking tray and dry them in a very low oven with the door wedged open for several hours, or in the sun for a day. I thought it would work well to dry them in our dehydrator. 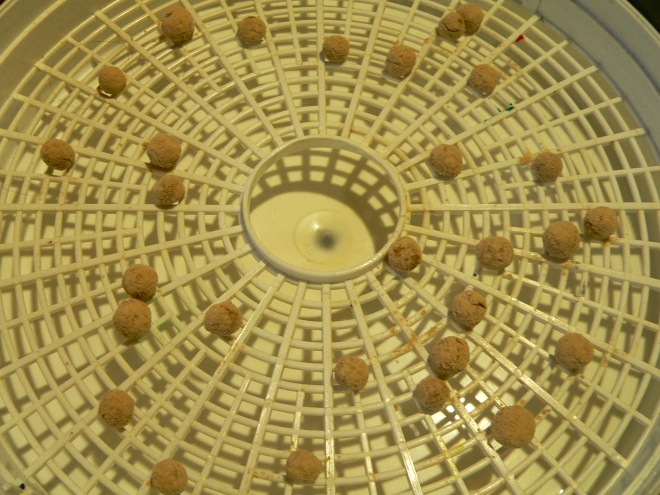 I dried them until they were completely hard, the dehydrator working really well! Once done we placed them in a jar, where they will keep for up to 12 months, and of course we had to each try one – pretty yummy for medicinal throat balls! 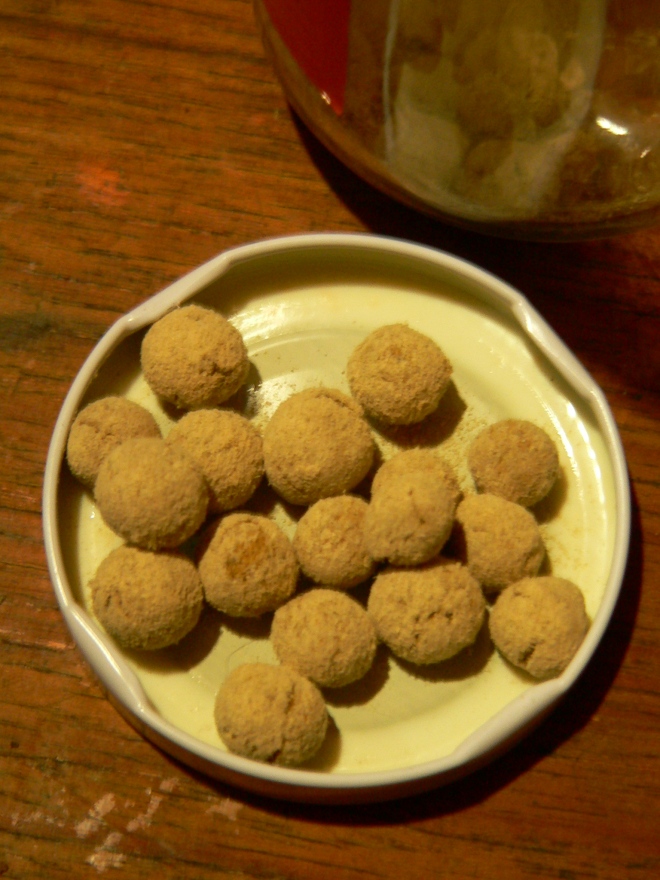 This was a great activity to share with the children, its something that really interests me and they both loved the idea of making something thats healthful and healing, and tastes good too. Definitely something I would like to do more of with the children in the future. Soon I will write about what else we did for Elki’s Botany block.