We had a very special and beautifully warm Summer Solstice this year, sharing it with each other and my parents who are here for the festive season.

In the lead up to the celebration of Father Sun’s longest day I shared some activities, songs, stories, and poems with the children, and prepared for our little fire festival.

Last year I began buying the seasonal books called Summer, Winter, Autumn, and Spring by Wynstone Press, and have used the Summer book a great deal in preparation for the Solstice and in celebrating this season with the children. I am teaching myself recorder, and the songs in these books are not too difficult (even for me), and there are lots of lovely poems and stories to share the spirit of Summer with children. We have been singing songs, reading poems, and telling tales from this book in the lead up to Solstice. 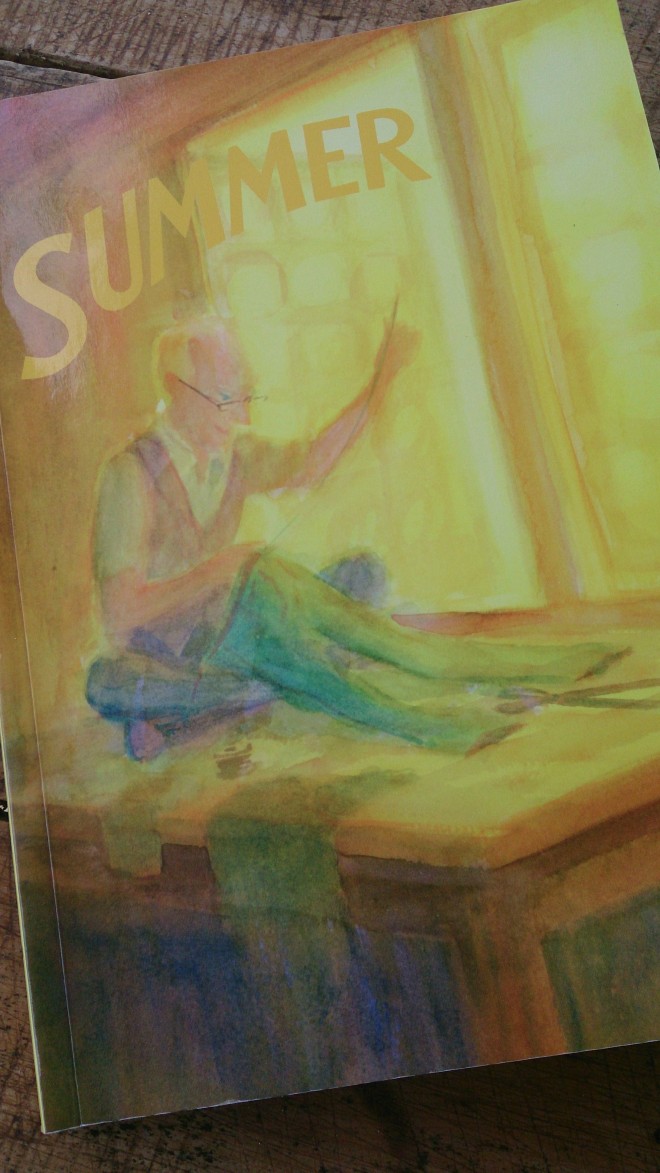 I find lots of inspiration in the book Circle Round by Starhawk, Diane Baker, and Anne Hill, and I chose two songs from this to practice with the children in preparation for singing on the Solstice. It was a lot of fun practising these together each morning, and one of them included a harmony (we have not tried singing songs with harmonies before) which Elki sung beautifully! 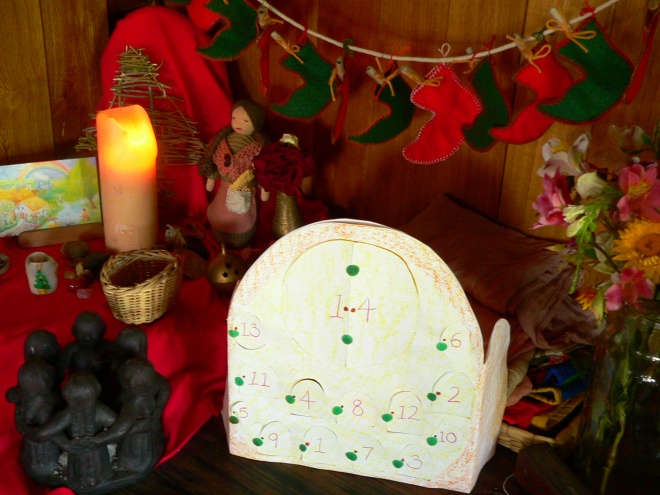 I got ideas for making the calender from the books All Year Round, and Festivals, Family and Food, and behind each window I made a picture that symbolised Summer using tissue paper. I decided not to have gifts in our Solstice string elf boots, and instead each held a secret message that either had written on it an activity we would do together as a family, something for the children to do for someone else, or something for them to do that inspired them to think about the gifts of Summer. Each morning we would light a candle, share songs and poems, the children would open a window on the calendar and collect a secret message, and then we finished with a story.

As we have a living tree for Winter Solstice we made something diffrent this year to celebrate Summer Solstice and Christmas. We gathered some bendy Dogwood saplings and branches and created a woven tree. We firstly made several wreaths and intersected these with twigs,

constructed the tree by attatching the circular wreaths to four upright poles, and decorated it with all our Solstice and Christmas decorations! To me the circular wreaths, with the outward pointing cross pieces that centred our tree, symbolised the sun and his outward shining rays. 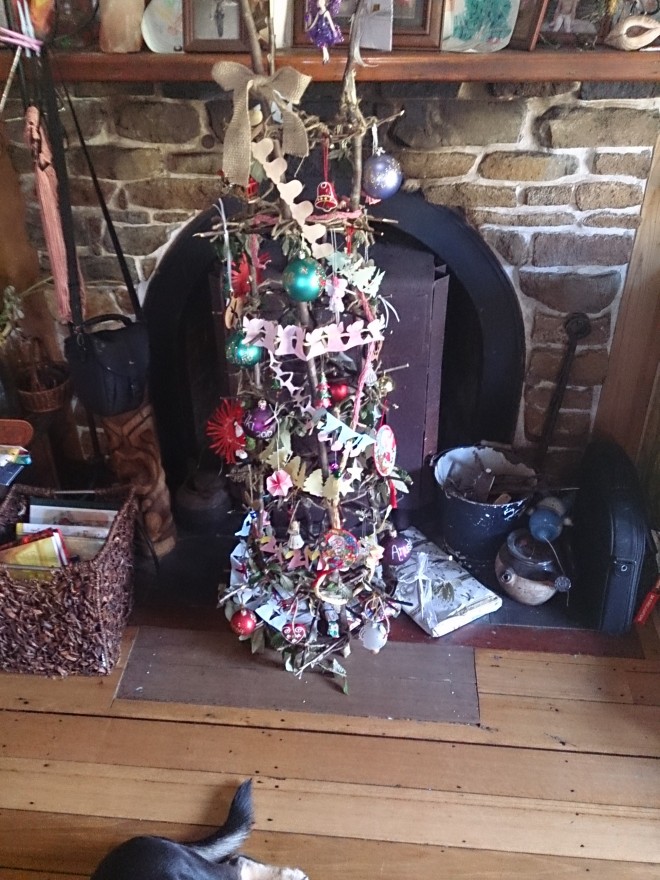 Our Solstice day began with the children opening the last window on the calendar (Father Sun of course!), and collecting the last secret message, 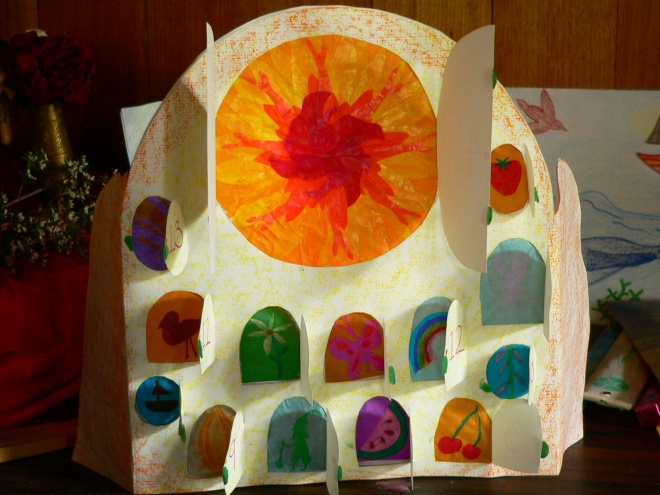 then preparations began for our Summery feast! 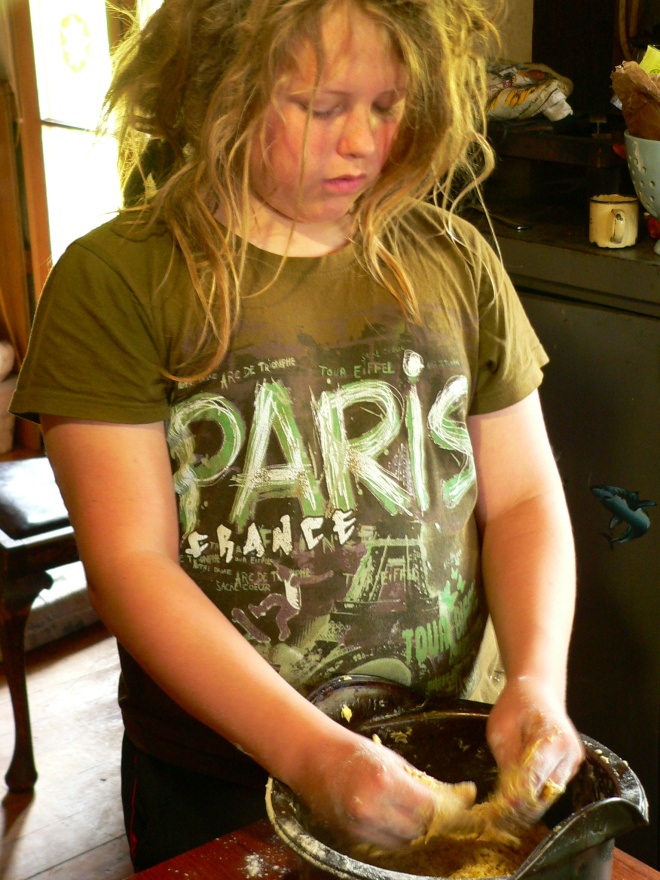 I helped Anusha to make a radiant Sunflower crown out of a paper plate and watercolour paper,

Then we enjoyed the feast of Mother Earth and Father Sun’s abundance, including fresh salads, lentil pate, homebaked focaccia, and local berries and cherries for our main meal, 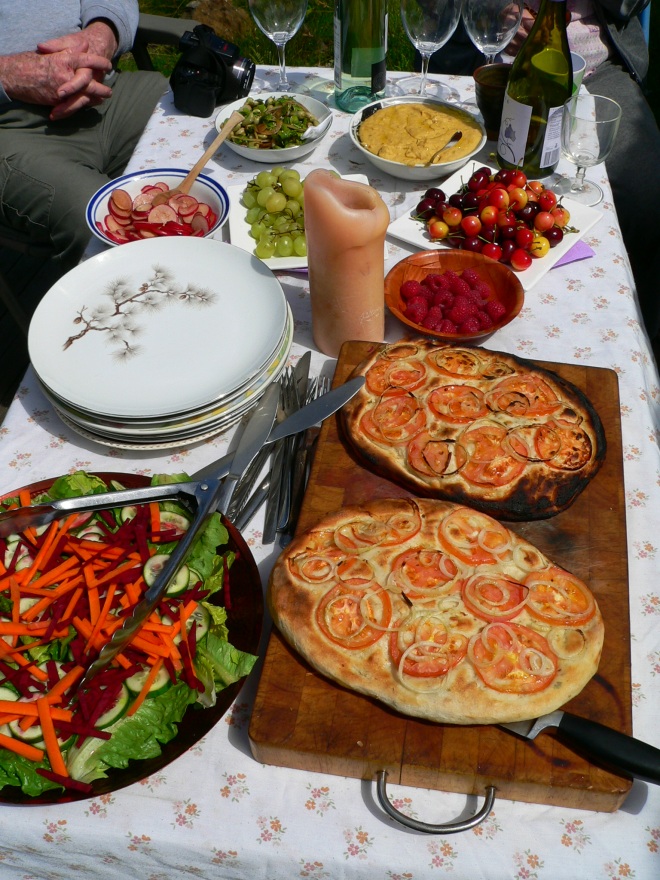 and for dessert apple and rhubarb crumble, cherry crumble, and cookies I made with the children called Citrus Glitters ( which I renamed Sun cookies).

And what would a fire festival be without a fire! As the evening drew on Anusha and I made representations of Lugh the Sun god out of twigs and raffia, then burnt them on the fire thanking Lugh for his warmth and light, and sending him on his way into the night. 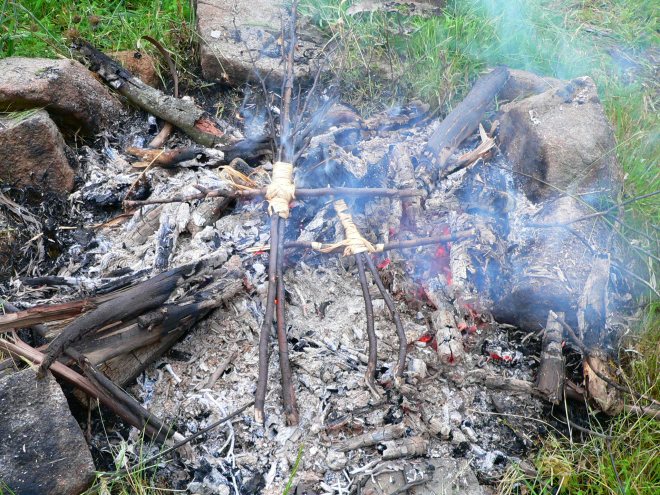 Then as the sun set on the longest day we sat around the fire, sang songs, and enjoyed the dying light.

How do you like to celebrate the Summer Solstice?